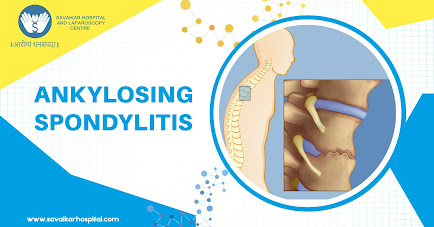 The chief anesthetist at Savaikar Hospital, Goa, shares her experience of intubating a man with a tilted windpipe.

About 4 in every 100,000 people have neck movement restriction, a condition that causes the neck to stiffen and arch forward.  Manoj Joshi, 53, who lives in Goa, is one of them, and he has had it since his teens.

Though it gave him an awkward gait and posture, he was none the worse for it until he found himself awaiting operation for a gallbladder infection.

The Savaikar Hospital is one of the oldest multi-specialty hospitals in Ponda, Goa. The hospital sees several complicated cases come for treatment every year. Manoj was, however, a rare entry.

The moment Dr. Megha Savaikar, the chief anaesthetist, saw him, she knew, she had trouble on her hand.

Manoj had to be given general anaesthesia to enable the surgery to remove his gallbladder. However, the deformity of the neck prevented the endotracheal tube being introduced in his throat.

“To let the endotracheal tube into a patient, we have to turn up his chin while he is resting on his back. That way we get a straight line into his windpipe. However, we couldn’t do it with Manoj because of his condition,” says Dr Megha.

“He needed 4 pillows to be put under his head to support him on the bed. That was the extent of the arch of his neck. No way could we have intubated him through a standard procedure.”

It has been several years to his successful surgery, but he knows that if it not been for the hospital and the anaesthetist, the outcome would have been different.

Manoj still goes to work — same stoop, same stiff neck. To turn his head, he has to turn his body. He knows it is awkward, but he is someone who knows how to laugh it off. That is his nature.

Neck Movement Restriction is a rare condition. It forces the bones in the spine to fuse and become rod-like, making it impossible for the sufferer to flex or turn the neck. Given the stoop that he also develops due to the condition, he can be easily picked out even in a crowd. 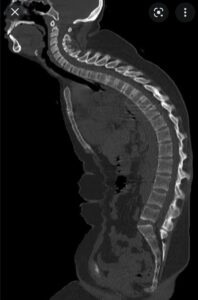 Of course, it can be awkward being the man, unless like Manoj, he is ready to bury it under a grin and smile.  The real problem arises when medical emergencies come along!